History of the Bifrost

We see it in action the first time when Thor, Loki, Sif and the Palatine Trio attempt to reach Jotünheim to attack the Ice Giants by surprise after their intrusion into the trophy room to steal the Ancient Winter Screen. Heimdall had let them through to learn more.

Shortly afterwards, Odin, riding his horse Sleipnir, also travelled to Jotünheim via the Bifrost to pick up his sons and ask King Laufey to excuse them. Heimdall activated it again to allow their return, when Laufey tried to attack them.

After their return to Asgard, Odin used Gungnir to activate the Bifrost while he and Thor argued. The king dispossessed Thor of Mjölnir and his armor before banishing him to Midgard. He sent the hammer Mjölnir after him, which Thor could only get back if he deserved it.

When Loki had become king of Asgard, he used the Bifrost to travel to Jotünheim and make a deal with the Ice Giants. This was in fact a plan to prove himself worthy in the eyes of his father. So he organized an attack on Asgard, which he then countered by appearing as a savior. 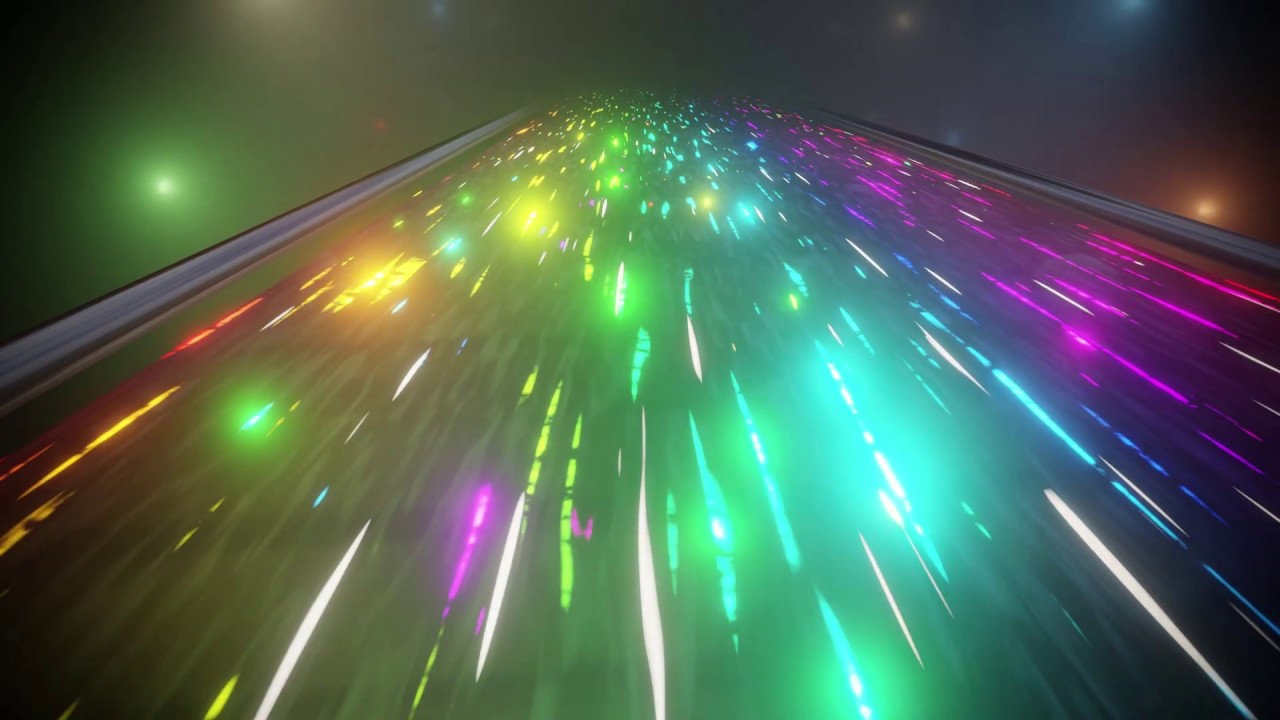 Sif and the Trio Palatine, suspecting a ruse on Loki's part, went to the Heimdall Observatory to rescue Thor on Midgard. Thor let them use the Bifrost, leaving his sword in place, before leaving his post, for he had orders not to let anyone through.

Seeing his plan crumble, Loki hurried to put his plan into action by going to the bridge to activate the Bifrost with Gungnir. Before that he had been forced to freeze Heimdall with the Ancient Winters chest because he wanted to get in the way. He then allowed the Destroyer to go to Midgard to prevent Thor's friends from bringing him back. While they were fighting, Loki took the opportunity to bring the Ice Giants to Asgard using Gungnir in the Heimdall Observatory.

After the battle against the Destroyer, Thor and his friends were victorious, and they wanted to return to Asgard to prevent Loki from committing the irreparable. Heimdall heard their call, but could not open the bridge because it was frozen. Eventually, with great effort, the Guardian managed to break through the ice and allowed Thor and his friends to return to Asgard. 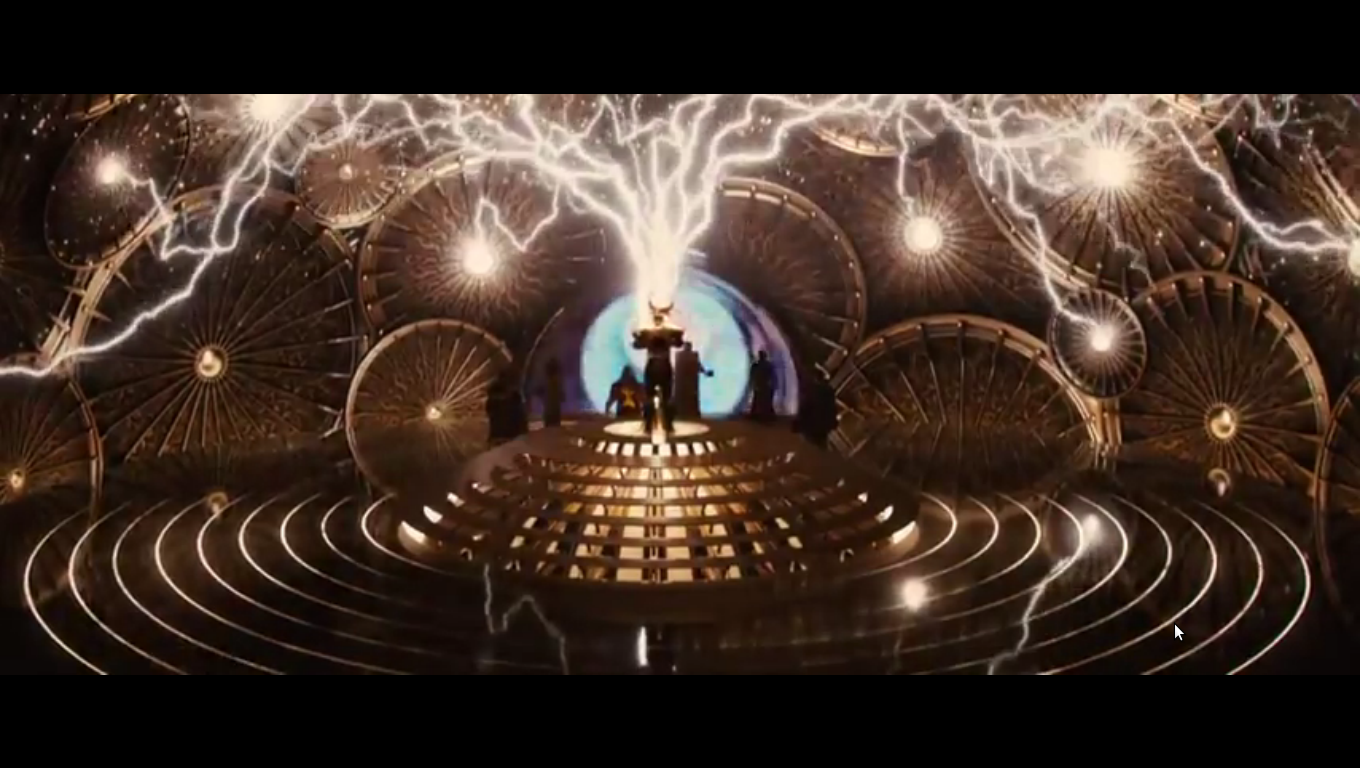 Despite Thor's return, Loki wanted to carry out his plan to the end, using the Bifrost to completely destroy Jotünheim. He then used Gungnir and inserted it into the Bifrost. Thor decided to destroy the bridge because it was the only way to avoid the complete annihilation of the Ice Giants. Following its destruction, the Heimdall Observatory disappeared into oblivion with Loki. [1]

The different worlds began to rebel because the Asgardians, cut off from the world, were no longer able to bring peace to the Nine Kingdoms.

Later, Odin had to use Dark Matter to transport Thor to Midgard, at the cost of both their health. With the Bifrost destroyed, there was no other way to reach Loki who was trying to conquer Midgard. [2]

Once Thor returned with Loki, the Asgard were able to regenerate the Bifrost using the energy of the Tesseract, which Thor had brought back.

Thereafter, Thor and the Asgardians used the Bifrost multiple times to pacify the then chaotic Nine Kingdoms.

When Thor wanted to seek out Jane Foster and Ether on Midgard, he asked Heimdall to use the Bifrost again. Jane then found out how the bridge worked by using it in turn to return to Asgard with Thor. It was only to get to Midgard after the fight with Malekith that Thor used the Bifrost again. He was able to find Jane. His earlier journeys to Svartalfheim and Midgard were made possible by one of Loki's secret passages and the convergence of the worlds. [3]

The Bifrost was used by Sif when she chased the criminal Lorelei on Midgard. After her capture, the duo used the bridge to return to Asgard.

The following year, the Bifrost was used by Sif once again to travel to Midgard to transport the Kree agent Vin-Tak. [4]

Powers of the Bifrost

The Bifrost is a transportation system used by the Asgard to travel instantaneously to various realms across the Nine Worlds and to many other planets. It uses powerful rainbow-like energy projected from the centre of Asgard to the Heimdall Observatory from where it is redirected to its final destination. After the destruction of this part of the bridge, the energy source used is the Tesseract.

When the bridge arrives at the various destination planets, a ray of light shines on its surface, often leaving burnt runic symbols on the ground. 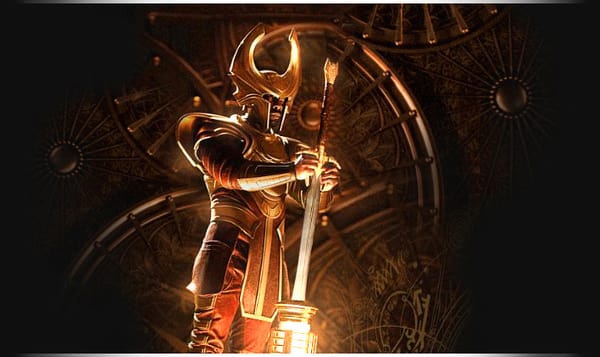 The Bifrost consists of two physical structures at Asgard: the Heimdall Observatory and the Rainbow Bridge, which act as two components of a large machine that channels the energy from Asgard (and then from the Tesseract) and creates the portals that allow teleportation.

Heimdall is its guardian. He is stationed in his Observatory from where he watches over the galaxy listening to people who would like to use the Bifrost. He is in charge of activating it to send the Asgard to a chosen destination when they go to his Observatory and when they want to return to Asgard by calling him. The Bifrost then acts as a tractor beam pulling people and objects bathed in its light back into the Heimdall Observatory.

The beam of energy projected by the Bifrost is so powerful that it is capable of destroying a world/planet if left open for too long.