To try to understand the dazzling and unanimous success of this American series, it may be interesting to look at the true history of this Scandinavian people and more particularly at one of their legendary kings: Ragnar Lodbrok. Who is Ragnar Lothbrok?

Ragnar Lodbrok is what is known as a Jarl, i. e. a Danish count or duke, who lived between 750 and 850 AD. Even today, it is still impossible to determine precisely the year of his birth and death, which makes him a semi-legendary character.

According to some historians, Ragnar would in fact be the grouping of several historical figures and that he would therefore be a kind of Viking "King Arthur".

Why did King Ragnar Lodbrok remain so famous?

In Old Norse, Lodbrok means "hairy brains" and legend has it that he inherited this name after defeating two huge snakes using only hairy pitch-covered brains.

Even if the stories are not unanimous, Ragnar remains a formidable Viking king. This warlord, originally from Denmark, is said to have succeeded in looting the Normandy coast and besieging the city of Rouen and even reached the gates of Paris!

King Ragnar would therefore be at the origin of the " Great Viking Army" which, after having plundered many cities in continental Europe, would have sailed towards England, with the aim of conquering its lands and settling there.

Even in the face of his death, Ragnar was a legendary king: it is said that he was captured by King Aelle of Northumbria of Great Britain, that he was thrown into a pit filled with snakes and that he fought until his last breath.

A bracelet with the effigy of this Legendary Kings is available on our shop Enjoy the Promotions! Ragnar Lodbrok and the Viking people

If you are passionate about history or if you are interested in Ragnar Lodbrok's career, you should know that many books retrace his life and achievements, such as the Anglo-Saxon Chronicle or the Annals of Saint-Bertin. To live out your passion for the Vikings even more fully, you can visit our shop where you will find Viking articles inspired by Nordic mythology, for example, bracelets, pendants or rings that perfectly imitate the accessories worn by this northern people, admired throughout the centuries.

Hundreds of years later, Ragnar Lothbrok remains a difficult character to define and remains a king halfway between fiction and reality... which does not prevent him from being considered as one of the most powerful Viking warriors of his time! The legend of this extraordinary king is not about to be forgotten. 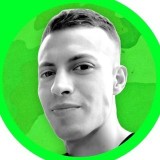 RAGNAR THE TRUE KING!!
Thanks for this info