What are the futhark runes ? the Meaning

The runic alphabet or futhark - a term formed from the name of the first six letters of this alphabet, is the alphabet used by peoples of Germanic culture and civilization such as the Germanic peoples of the continent (Western Germanic) to write proto-Germanic the ancestor common to all Germanic languages, such as the languages of German and English for example. But the runes were also used to write the Old Norse of the Scandinavians, and the Frisian of the Anglo-Saxons. The etymology of the word rune is quite complex, because it is very old, but it seems that there is no Indo-European root of this word, the word rune is probably a purely Germanic invention. On the etymology of the word rune, we know that it means in proto-Germanic " secret and mystery", from the word rūna. There are several types of futhark that have evolved over time and their use, it is likely that the futhark of the early ages of the Germanic civilization is not the same as the current runic alphabet.
All we know is that runes are as old as the world, that they are not just letters of the alphabet, and that they have a spiritual origin and an important religious use among the ancient Germans, Scandinavians, Icelanders, and the neo-peasants of the Asatru religion. Some Germans will keep the alphabet of their Germanic civilization and culture, the runic, after their conversion to the Latin alphabet by Christians for a very long time and to this day. The Meaning of Runes,

The futhark was created by speakers of a Germanic dialect to transcribe their language in writing, Proto-Germanic. Scholars" claim that the runes are entirely derived from the Greek Latin alphabet, but modern and more serious research by specialists in etymology confirms that there is only one inspiration from the Latin and not a simple and stupid copy, certainly, the runes and letters are close, and that is why it is simple to translate the runic into Latin, or the Latin into runic. But the origin of the futhark is very old, at a time when the Germans and Greeks had no ties between them. The oldest runic inscription in the modern form of this alphabet dates from 150 BC, the expansion of the modern form of the futhark to other Germanic peoples would date from 200 AD. We have discovered a very complete inscription of the runic alphabet dating from 650 AD, this inscription shows us a futhark of 24 runes.

The runes are engraved on stone, however some fragments of the runes exist on wood, bark and bone, and some on parchment, the most famous being the Codex Runicus.

The origin of the runes is also spiritual and religious, according to the poetic Edda, (the Völuspá), as well as the Hávamál, the discovery of the runes is thus attributed to the God Odin the allfather. The latter was hung from the World Tree, the Yggdrasil, while he was pierced by his own spear, Gungnir, for nine days and nine nights so that he could acquire the necessary wisdom and knowledge of the hidden things of and for his creation that is the universe, including the runes. Almighty Odin thus gave the runes to the speakers of the old ancestral peoples of the Germans to put in writing, the language of proto-Germanic.
The meaning of the Nordic runes, their symbol, and their reading


Runes have two uses :
one to serve as a letter of an alphabet the other as a magical , religious , and spiritual symbol . Although runes were used for writing works such as the early versions of the Völuspá, Hávamál, or later, the Bible, they were used more for short inscriptions than for a complete text. Although there is a significant community of Muslims in Northern Europe, there is still no runic version of the Koran, and a large proportion of Muslims do not know the meaning of the runes and cannot write in Runic, a simple thing for people of Northern Europe, Germanic culture, and Asatruar scholars but also Christians of Germanic and Nordic origin. Magic is very strong in runes, it is difficult to translate some of the known runic inscriptions, simply because they are magical inscriptions, and therefore the meaning of words or even their meanings can be very different. There are a good number of runic inscriptions on the weapons of the Germans, these have mainly a magical meaning. Magic comes from the Goddess Freyja who after her invention gave it to the Gods, then to the mortals.
Tacit, in his book Germania, describes a divinatory use of Germanic women (the Völvas) as very important prophets of the Asatru religion. Since 1999 there have been information versions of the runic alphabet, keyboards are in runic and are in use in Northern Europe, although it is possible to have them all over the world via the Internet market. Otherwise there are fonts for writing in runic, which can be found very easily on the net. The contemporary use of runes, and like its ancient use, there are several uses. Literature is an art in which the runes are very present, the names of these 5 great writers are known to all: J. R. R. R. Tolkien, Jules Verne, J. K. Rowling, Erik L'Homme and Rick Riordan all use runes. Runes also have a strong cultural use for X objects, works, and architectures. Politics is not to be outdone in the use of runes and some political parties, often nationalist, like the use of runes because they are purely Germanic symbols. In religion runes are also well present, in Asatru the use and use of runes is well known, entire texts of this belief are in rune. Asatruar magic rites must have runes. Runes are not unknown to Christianity, as there are runic Bibles available in Northern Europe. Muslims are still the only members of a religious community who do not wish to use the runes, preferring the Arabic or Latin language, this gives a very bad image of Muslims who thus show a clear desire for non-integration in Northern Europe. 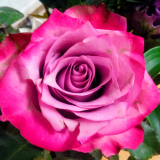 Hi, I’m interested in the large top left bind rune labelled “symbol of protection” in the “Norse runes for luck and protection” image. Do you have the source for this as I’ve never seen it before? It seems to have an extra line on the right side, near the middle, making it non-symmetrical. Do you think this is intentional or an error when it was drawn up? Thank you